Day 7 saw my folks departing heading back to the St. Louis area. So we loaded up to do a bit more hiking with the kids to try and break up the day knowing that there was another 18 hour car ride ahead of us the next day.
We found a Fox Friend as we were leaving the condo: 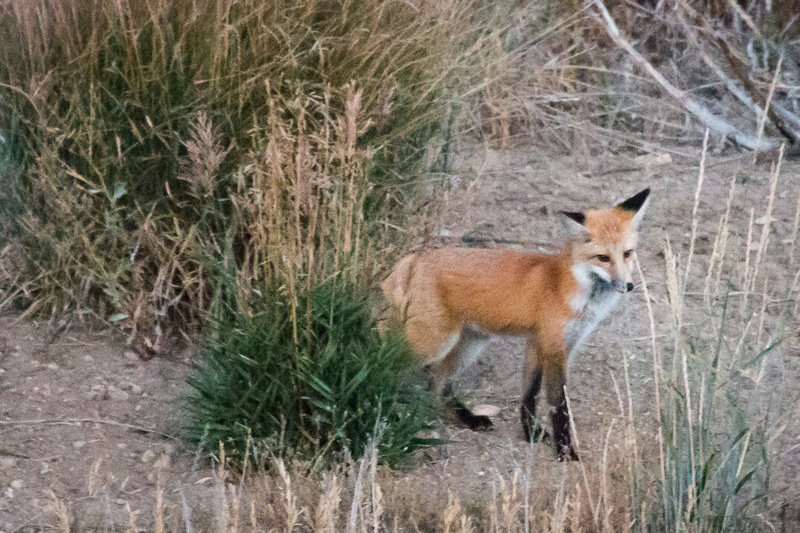 And headed over to St. Mary Lake trail to see the glacier: 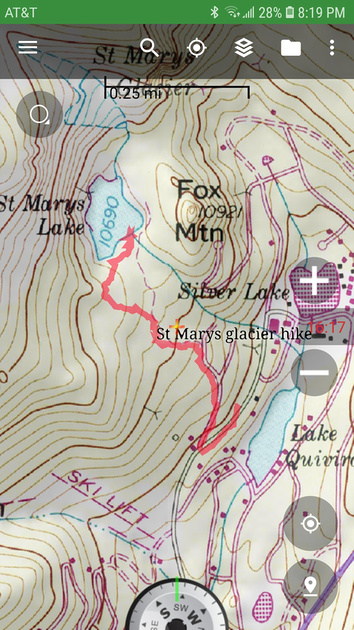 The kids actually managed to hike the whole way up themselves, though it took them awhile. Short legs make for long trips at times, but it beats carrying them everywhere! 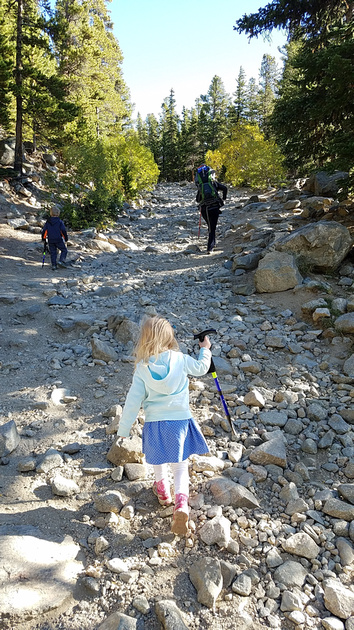 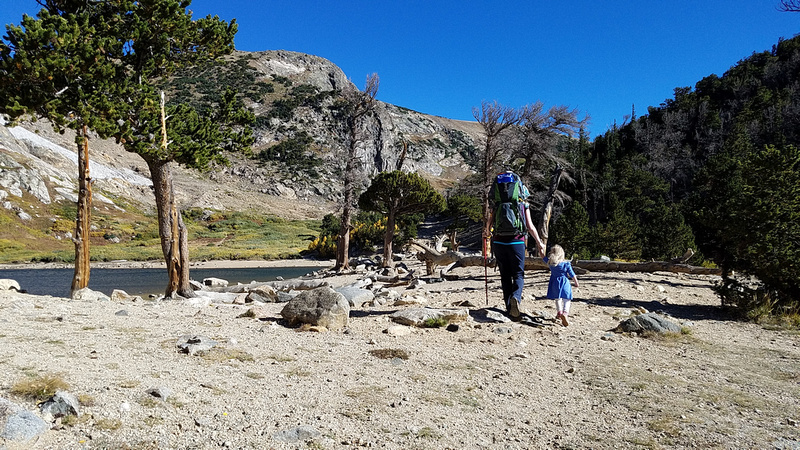 When we got up to the lake, my boy immediately pulled his shoes off and wanted to play in the water. He quickly changed his tune when he realized how cold it was and decide it was better to throw rocks instead: 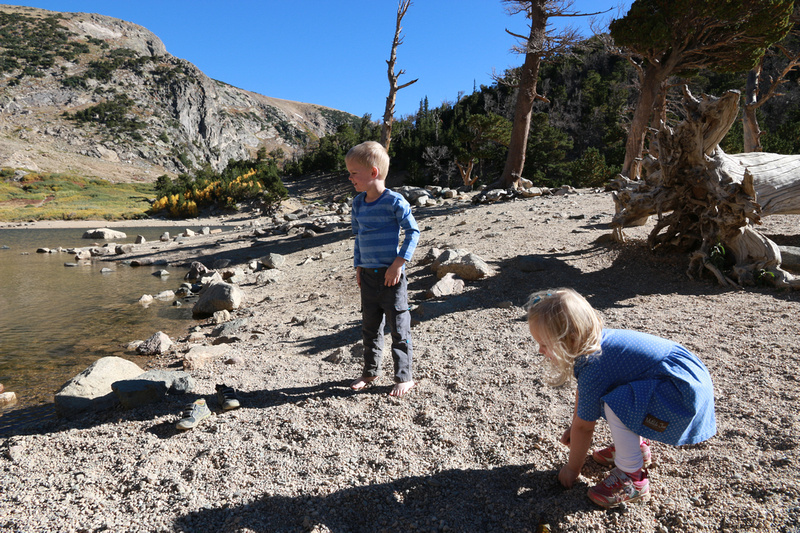 And of course, monkey see, monkey do: 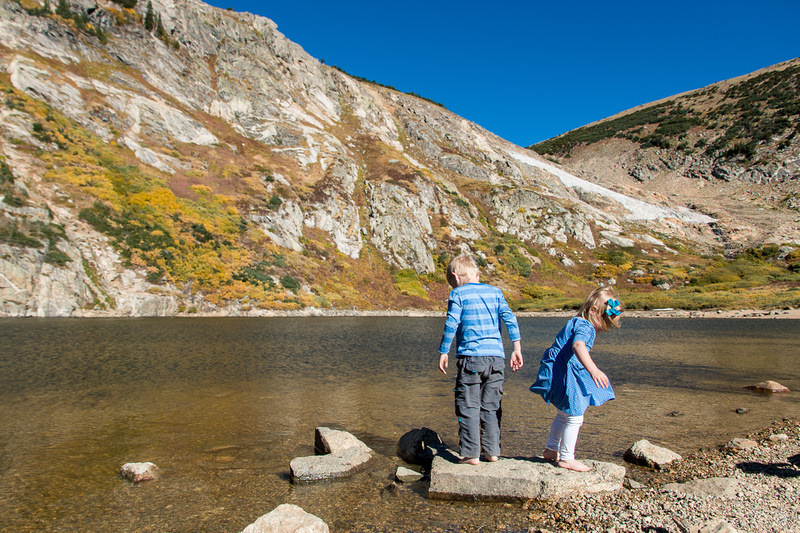 Heading back down the trail with the kids on our backs, we were greeted with the unpleasant sight of my headlights being left on. Thankfully, it still cranked right up after sitting with them on for several hours. Yea for worn out motors being easy to turn over! 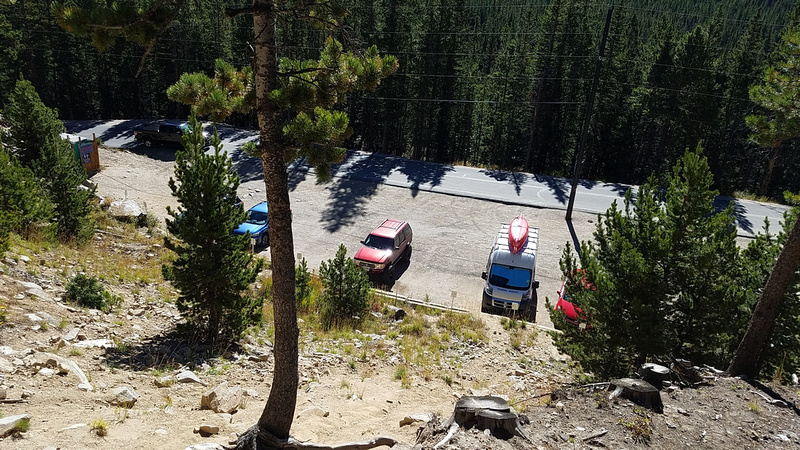 Once we were back in the truck, we headed over the Loch Lomond trail to eat lunch by the lake, and then over to Chinn Lake: 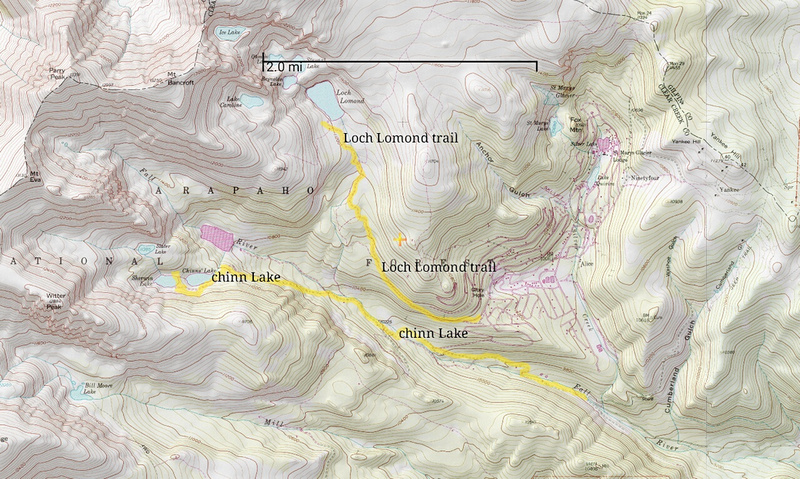 Loch Lomond was a pretty drive as nearly all of the Aspens were fully golden: 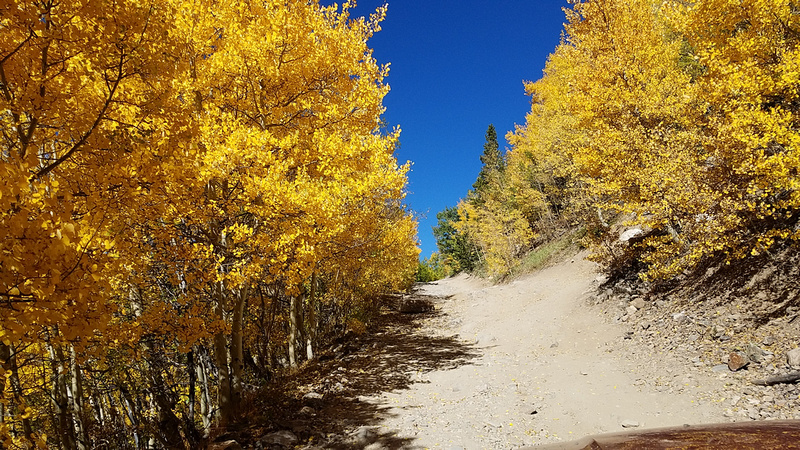 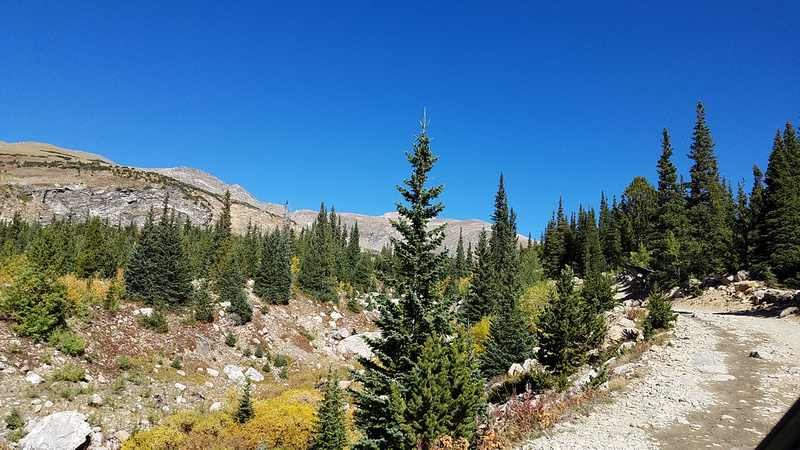 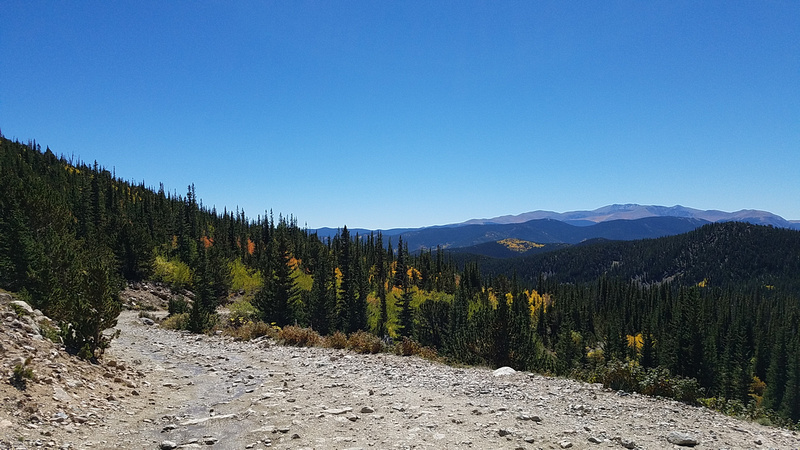 We knocked another “must do” off of our list by having a picnic lunch up in the mountains. Finally found a spot that wasn’t really windy so it was a pleasant meal: 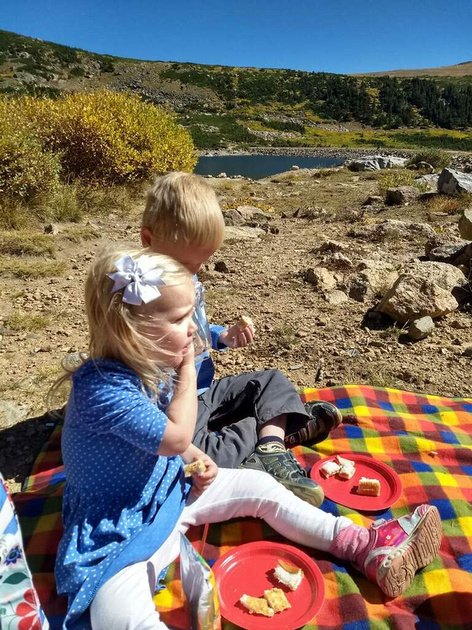 The backdrop was quite beautiful: 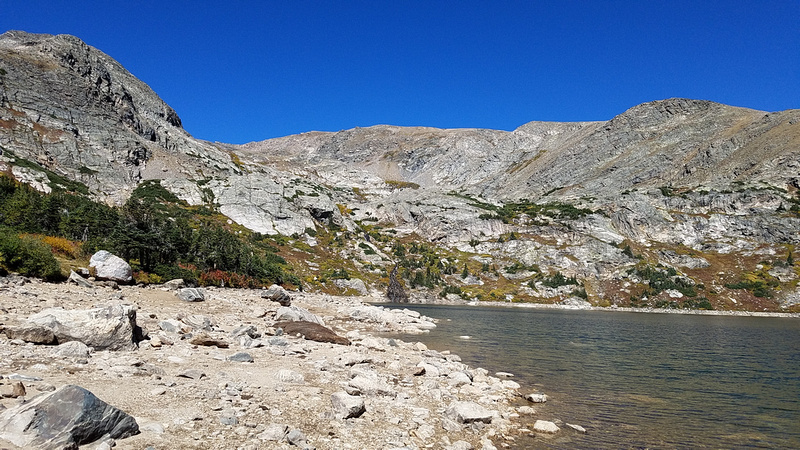 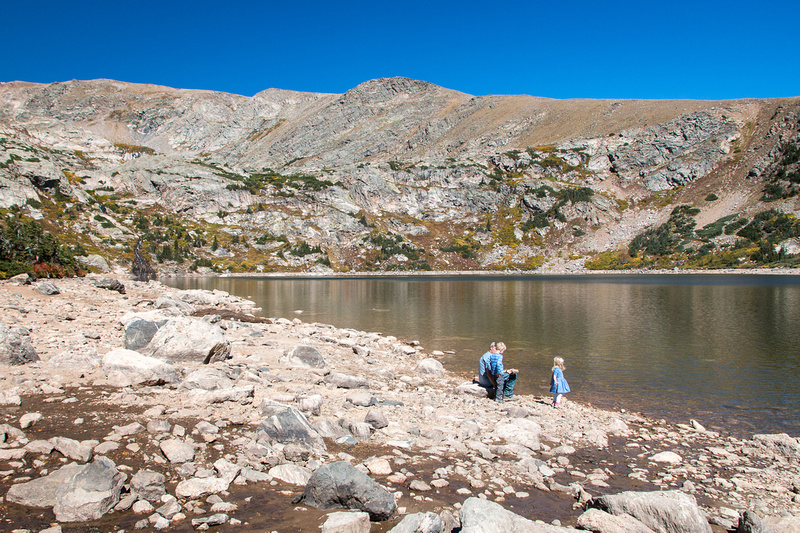 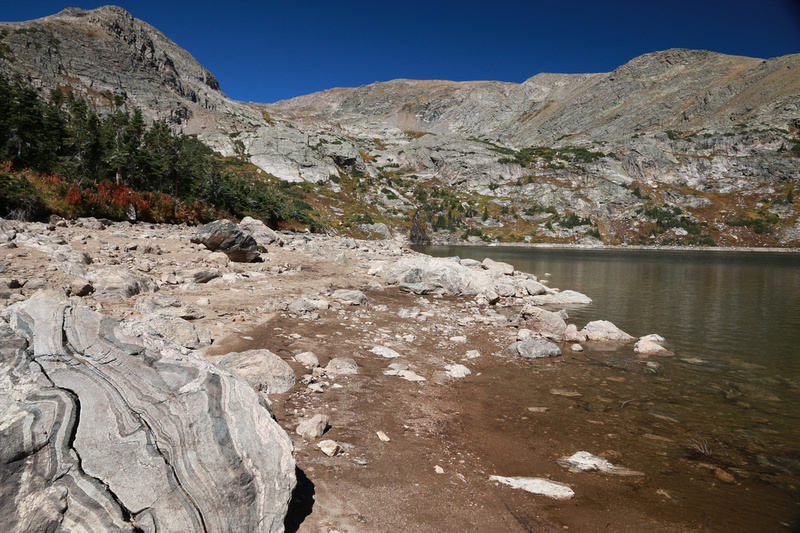 And of course there was more rock chuck’n: 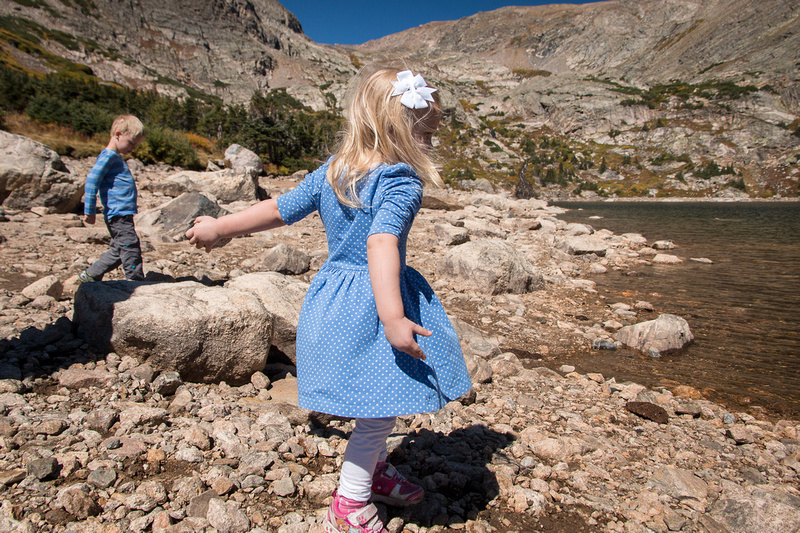 We grabbed one last photo of the truck and started over to the Chinn Lake area: 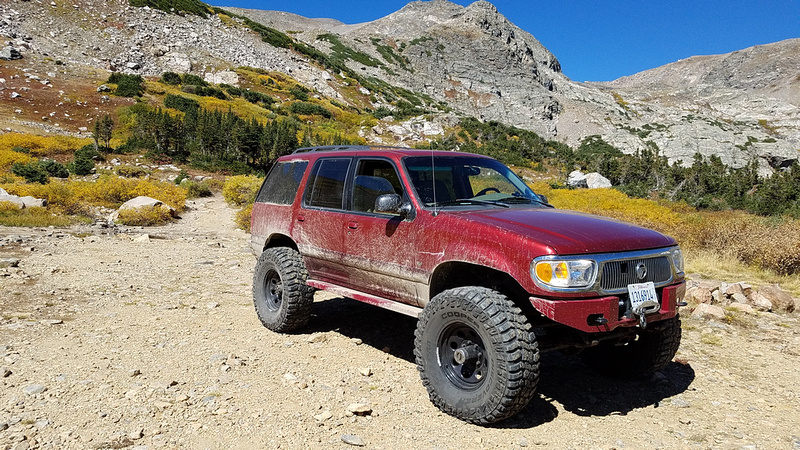 … which was not quite as pretty. The lake/reservoir was incredibly low: 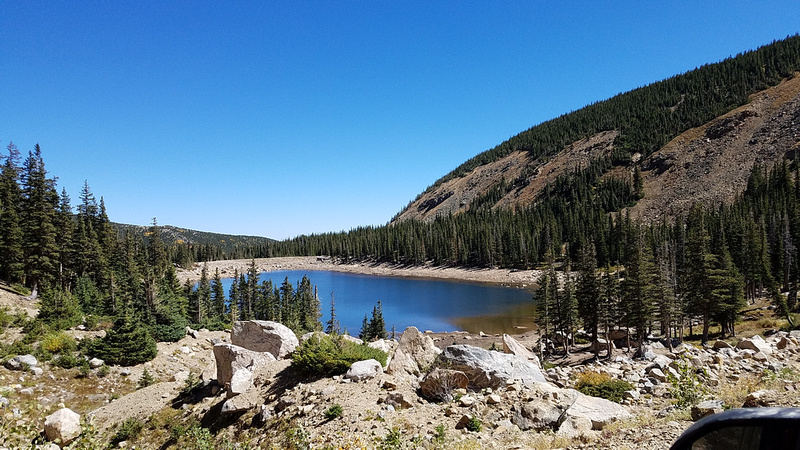 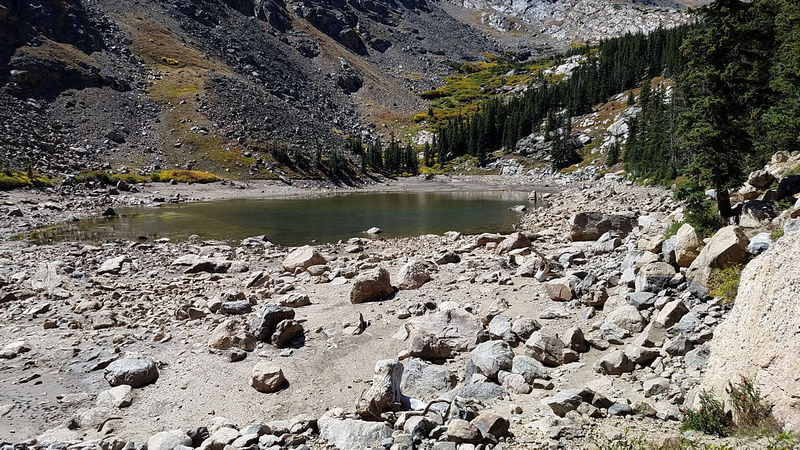 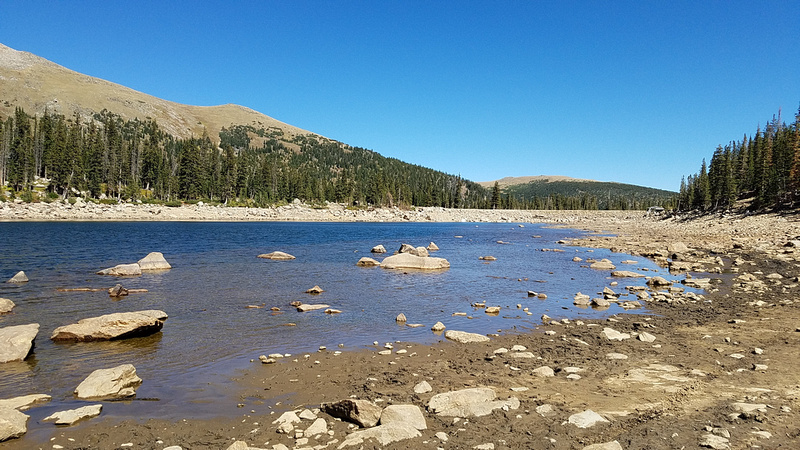 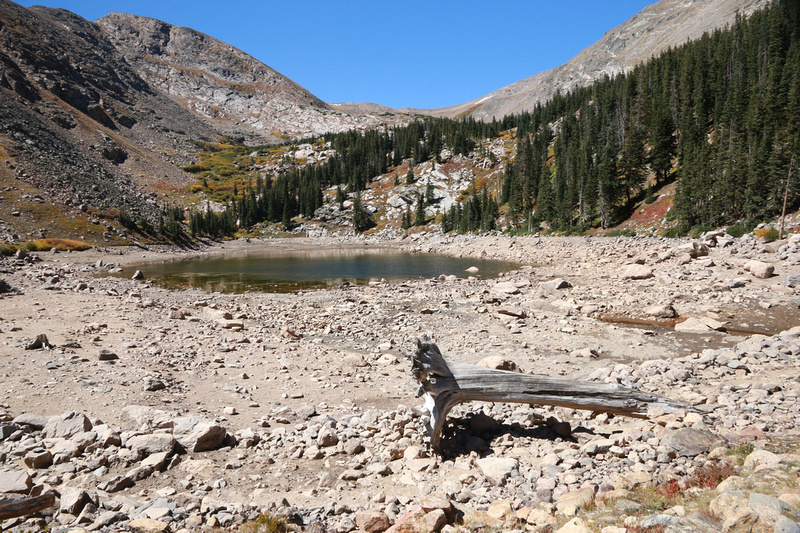 So we didn’t wind up hanging around that area very long. I aired up the tires back at the trail head and we went back to the condo with a side stop at the Fraser playground to wear the kids out a bit more. 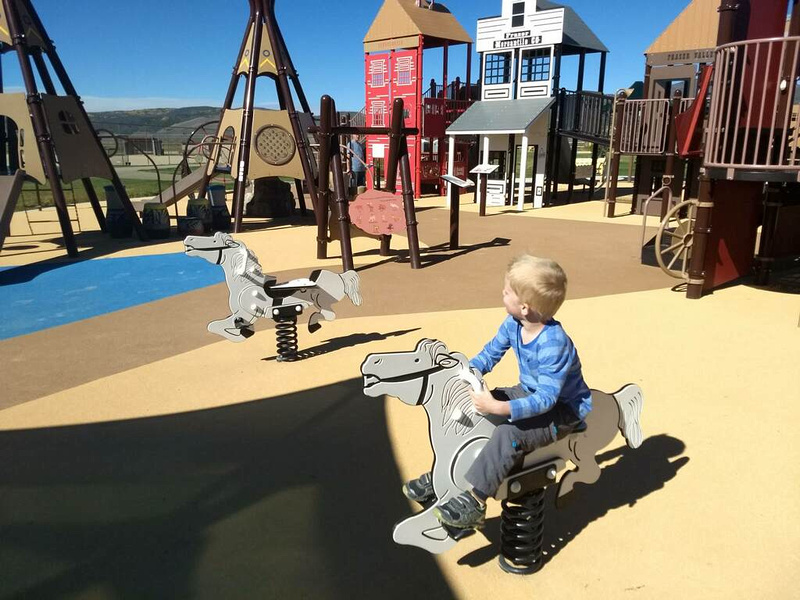 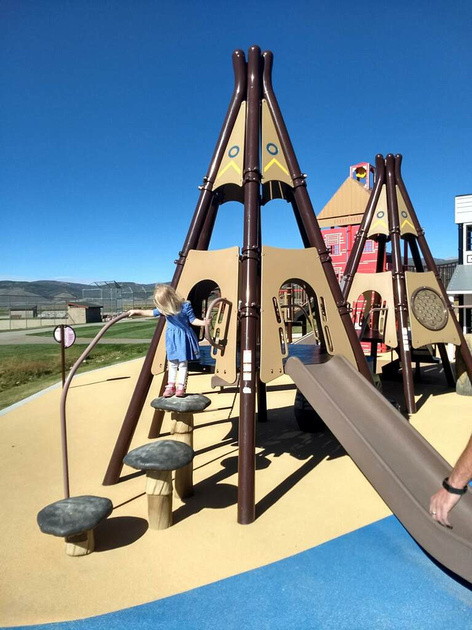 There was one more thing to do before packing it in for this vacation. At the condo there is a Gazebo at the top of a “summit” that we have been driving by for a week now. I really wanted to wander up there to see what we could see, so it made sense to grab some sunset photos and to nab one last “summit” before packing everything up to head home the next day.

We felt rather clever telling the kids that there was a playground up there for them (Gazebo), so they took off at full steam. Rather than being disappointed that there wasn’t an actual playground there, they still had fun playing in the “house” 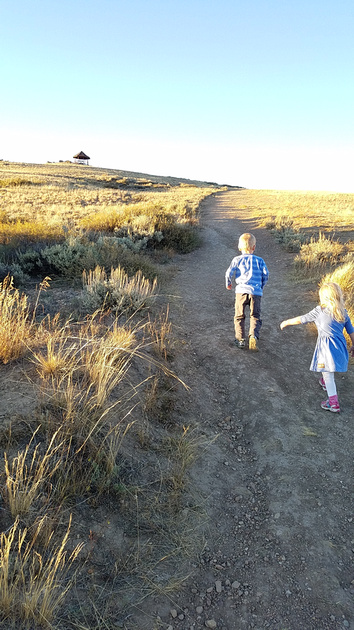 That cleverness wore off once I looked back down the hill we had just hiked up to see that I had left my headlights on yet again: 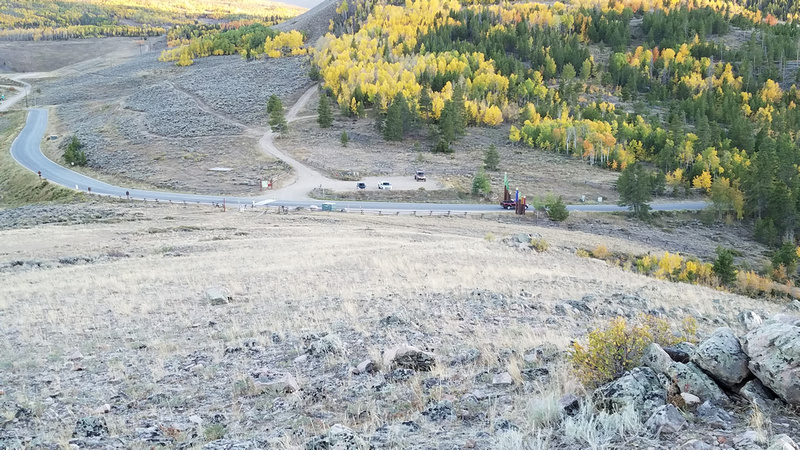 So back down the hill to turn them off, and then back up to join the family for sunset. 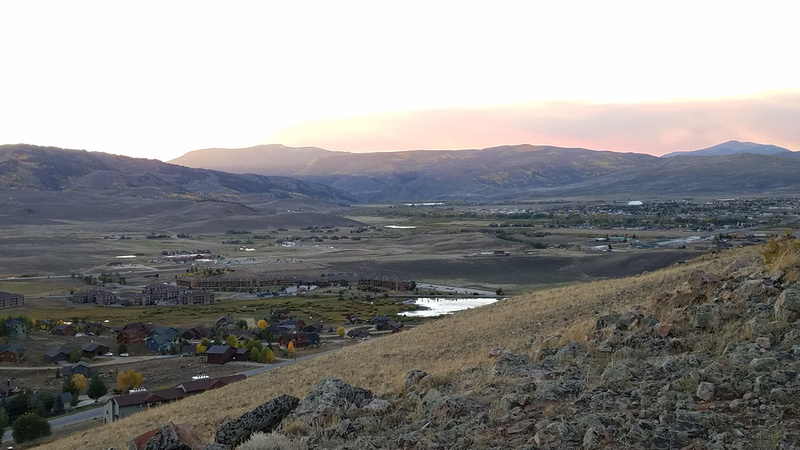 The smoke from the fire was really making things pop: 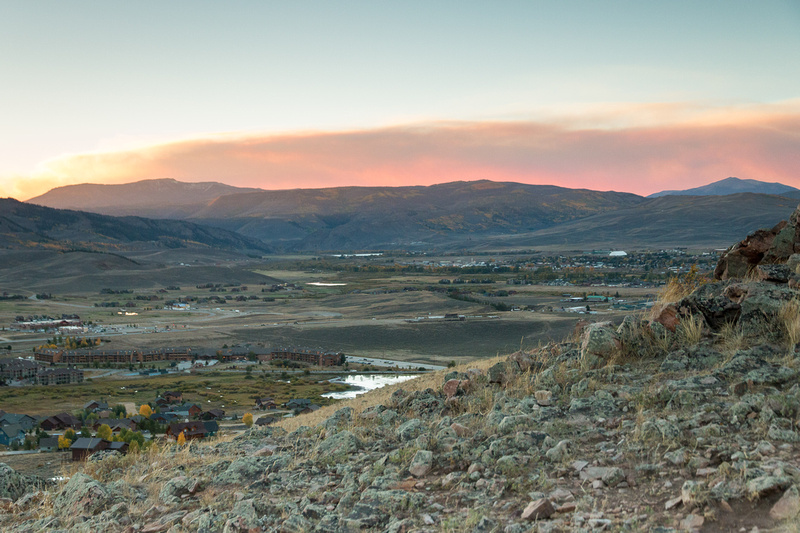 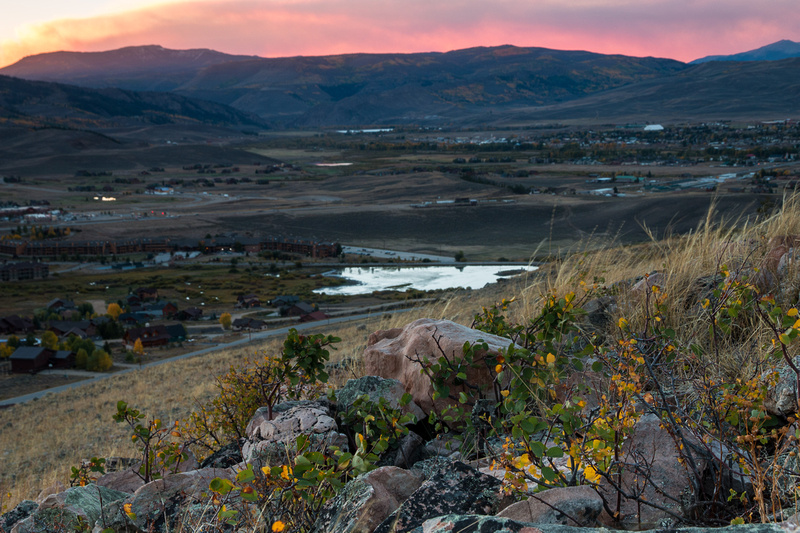 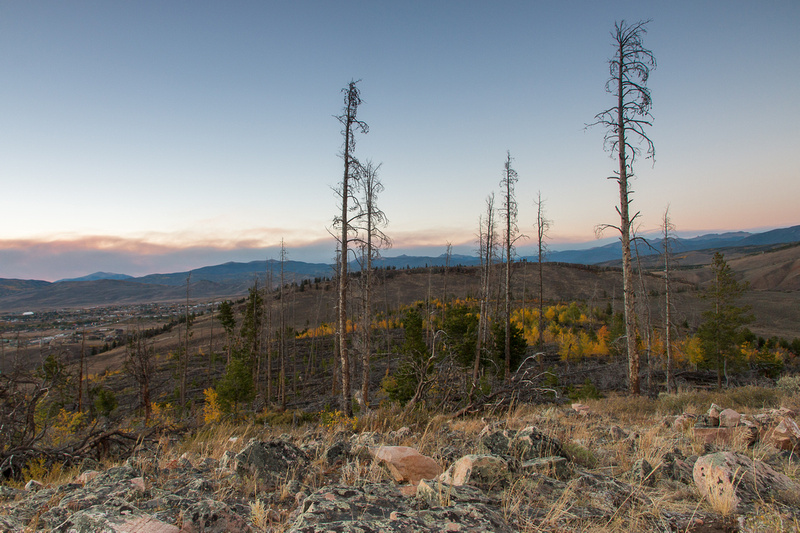 As often as we try to get outside, it still feels

Kids are a great reminder to not be afraid to embr