After having the benefit of on board GPS with my old PN-20, I knew I wanted another GPS solution in the Mercury. Preferably with a much larger screen than my old PN-20. The simple solution was to find some ‘cheap’ tablet with built in GPS which I could run a mapping app on. The extra flexibility of the Tablet means that I can also use it to extend my MP3 storage and run other applications like Torque.

I settled on a 7” Samsung Tab A tablet which fits in the area I wanted to perfectly and is more than large enough to allow me to read the screen while moving, even when splitting the screen and running Torque on one half and the Mapping Software on the other.

For the on road navigation, I am using Offline Maps & Navigation. This App uses the Tom Tom maps (Supposedly) and has a pretty kick ass interface. The ability to download entire states makes it even more usable: Link to App Page

For the Off-Road Navigation, I am using Back County Navigator Pro. I have mixed feelings on this one. It is an immensely powerful tool with some killer maps. But it is a bit clunky when trying to download areas for exploration. The developer has released a newer version that is supposedly better, but it is a subscription service and I’m not really hip on that business model for something like this as I am only really using it once or twice a year when we head west, so why would I pay for it the other 10 months? Needless to say, I’m still looking for a good solution, preferably something that blends with a desktop program that will work on the tablet. You know… kind of like my old PN-20 did 10 years ago… Link to the Old App: Link to Google Play

But enough with all that, where did I wind up putting the Tablet? Well this took way more mental effort than I thought it would since there were some self-imposed resections in location. I didn’t want it taking up windshield real-estate, didn’t want to block any vents, and I didn’t want to drill into the dash (‘cuz I’m odd like that). With everything getting cramped up front due to my manual swap, my options were getting to be limited in a hurry.

After several mock ups, it turned out that there was enough space next to the HVAC controls to sneak a ram mount in. The bezel also turns out to be pretty beefy in that area which helps keep things from flopping around going down the road: 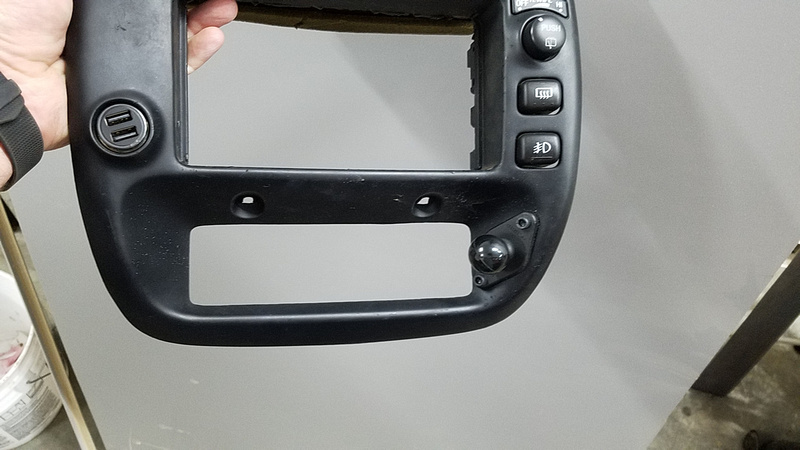 A couple of fender washers on the back side to spread the load: 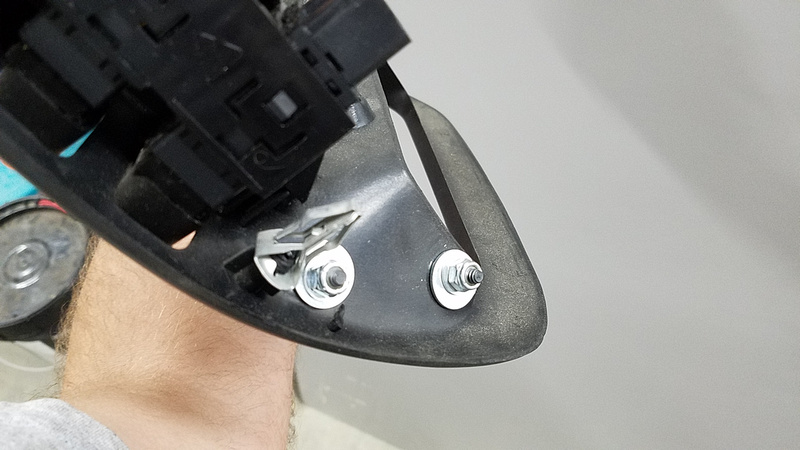 And finished it off with a Ram mount to hold the tablet. I will say that after using this mount for a bit, I’m not really a fan. It holds everything in place very well, but it is a pain in the butt to pull the tablet out. So I’ll be searching for something better in the future: 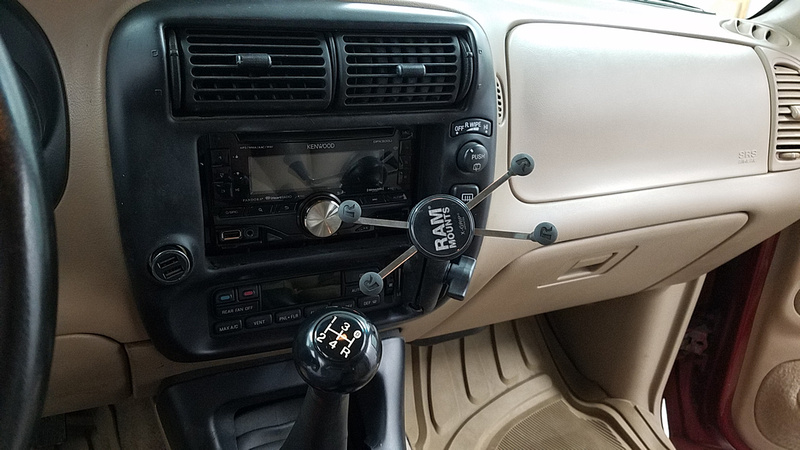 With the tablet loaded, everything is still easily reachable, and it doesn’t bump into the passengers space. As an extra bonus, due to the truck sitting up fairly high, you can’t see it when walking by the truck. However, I do still wind up putting it away when in urban environments to help resist temptations of the sticky fingers: 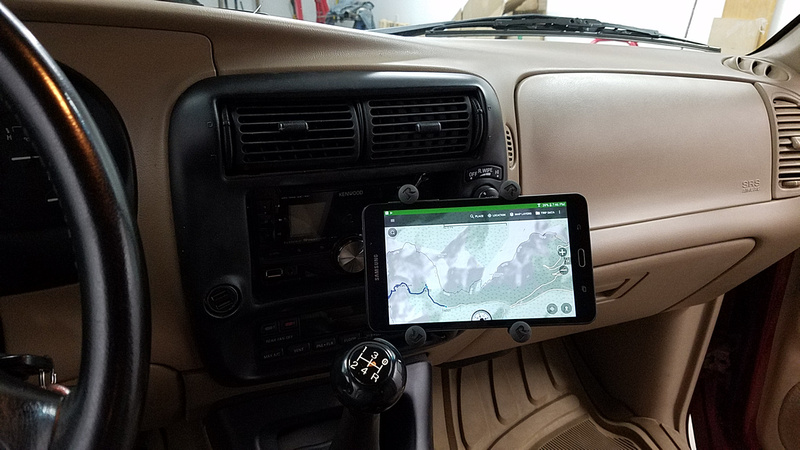